South by Southwest: Bike touring in the Obama age 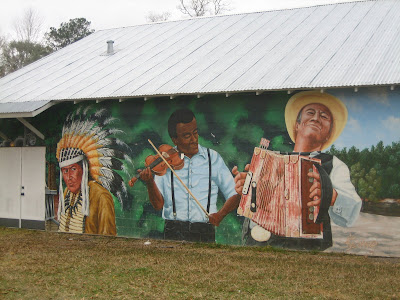 It's 5 am on January 24, four days after Chicago's own Barack Obama becomes our first African-American president. My girlfriend and I are freezing with our loaded touring bikes on a Green Line platform in Garfield Park. We're heading to Midway Airport to fly to sunny Jacksonville, FL, where we'll start a two-month bicycle trip to Los Angeles.

I'm optimistic that the inauguration marks the start of a new era of open-mindedness in this city and this nation, and I'm curious about cycling across the South during this time. I've bike toured all over the rest of the U.S., but have so far avoided this region that I've associated with intolerance - both racial and anti-bicycle bias. 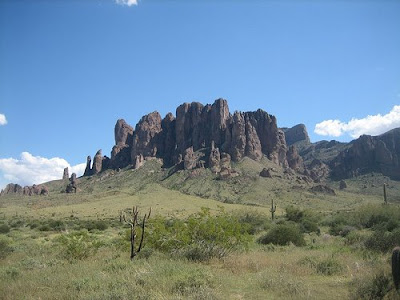 We arrive at Midway and approach the Southwest Airlines check-in with our bicycles when we are stopped by an employee, a 50s-ish African-American lady. “You know you can't bring those bikes on the plane without boxes,” she says. “Right,” I reply, “We're planning on buying the boxes here.” I've always done it this way at O'Hare.

“I've worked at Midway for five years and I've never seen bike boxes here,” she says. In a rush and annoyed by what I take as her being un-helpful, I curtly ask to double-check with her supervisor, who confirms that Southwest doesn't have boxes. A quick survey of the other airlines is also fruitless but we're able to reschedule our flight for later that day. Leaving the bicycles with my girlfriend, I ride the El up to O'Hare, buy boxes and come back, an epic four-hour round-trip. 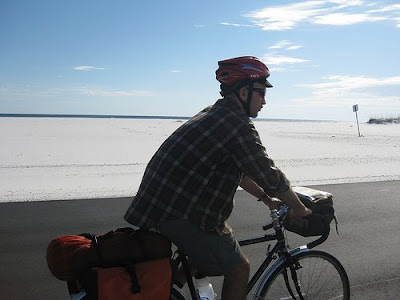 When I return, we argue about whether or not I was rude to the woman. I think about it for a minute. This lady grew up during a time when whites were often openly disrespectful to African-Americans. I’m a younger, white, male bicyclist (already considered an annoying species by airline employees) implying I know her job better than she does. It just may be possible that I'm the jerk here.

We box our bikes and return to the counter. The lady sees us and her face lights up. “Oh, you were able to get the boxes after all.” After describing my trek across town, I swallow my pride and say, “Ma'am, I'm sorry if I was short with you. I should have been more tactful.” She takes my hands in hers, looks me in the eyes and smiles. “No problem - apology accepted.” 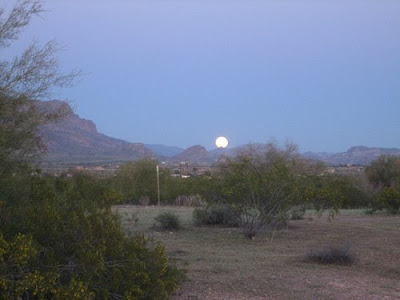 Afterwards, my girlfriend grins at me and says, “That was an Obama moment.” She confesses that while I was on the El she had already apologized to the employee for my behavior and the lady had said, “That's OK honey, he's a man.”

This little incident of compassion turns out to be typical of the openness we experience on our 3,500-mile journey. As we roll along the Gulf Coast, through Cajun country, across the vastness of Texas and through the Great American Desert to the Pacific, I find my stereotypes about the South to be false. 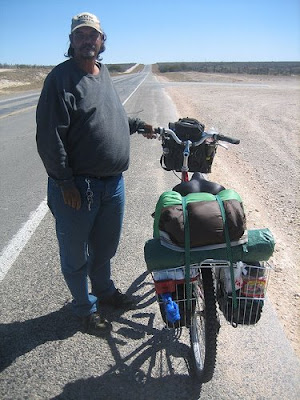 Instead, with our funny-looking bikes as icebreakers, we meet dozens of friendly people from every background and enjoy amazing acts of hospitality. I like to think that some of good vibes and kindness we receive from people very different than us can be credited to the “Obama Effect.”
Posted by John Greenfield at 8:40 AM

Totally. Do you remember the days before Obama was elected? Everyone was a jerk. Now the world's nearly perfect. Amazing, isn't it?

I've been getting a lot of snark for this piece, perhaps some of it deserved. Obviously Obama's not a messiah and the world did become perfect after the election. But remember, we started this trip a few days after the inauguration of America's first African-American president. I definitely think this was a unique time in American history and I definitely believe this made more people aware of race relations, probably for the better, for some time afterwards. Maybe the honeymoon is over, but i really do think the "Obama effect" was a factor on our trip.