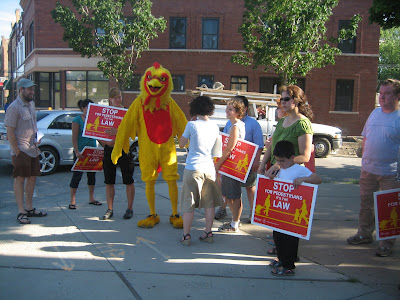 At a similar protest with poultry going on across the neighborhood at Central and Belle Plaine, Jim Boratyn from IDOT, which funds Drive With Care, looked on. Asked why the state is bankrolling dudes in rooster suits, Boratyn said, “If we can save one life it’ll be worth every penny.”
Posted by John Greenfield at 12:46 PM